You are here:
SGFE News 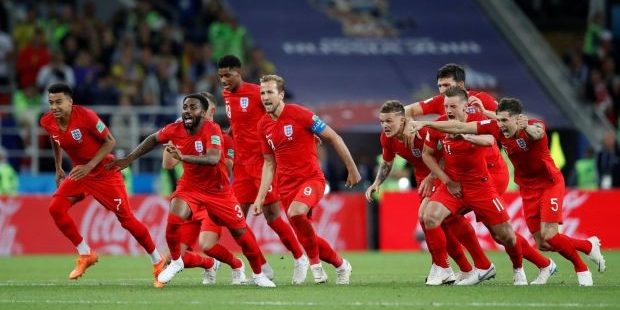 As we watch the planet’s best players strutting their stuff on the World Cup stage in Russia, one could be forgiven for thinking that football is a simple game. But, as easy as they make it look, every single player taking part, even the most naturally talented of athletes, has had to invest years in developing not only technical skills but also, just as importantly, an understanding of how to be effective within a team.

When you watch youngsters taking their first steps on the football field, the game is usually anything but beautiful. It can often look more like sheepdog trials as the players flock to the ball, a mass of bodies and whirling legs in one corner of the pitch while vast expanses of the playing area remain untroubled by human contact.

Of course, the kids are just following their natural instincts; keeping their eyes firmly on the prize, they identify the ball as the key priority – after all how can you score without it – and as they all independently converge on it, chaos inevitably results. What they fail to grasp is the bigger picture that by working as a team, with each player taking on a different role, they would be much more likely to achieve their actual objective of scoring a goal.

That seems obvious to anyone with even a basic appreciation of the game and indeed it soon will become second nature to the kids once they receive the appropriate instruction and support from their coach. But, it’s amazing how often we see a similar sort of dysfunctional organisational behaviour at play in entrepreneurial businesses.

Sometimes this can be due to an imbalance of resources across the team structure, often reflecting an entrepreneur’s own functional expertise – we all tend to hire in our own image. It can also be an issue of how people are actually spending their time (as opposed to what is printed on their business card) and whether the balance is right, at both an individual and team level, between time spent on generating revenue, implementing efficiencies or planning strategically for future growth.

Our experience is that working with an entrepreneurial business to get these team balance and resourcing issues right can often be a crucial step in creating the platform for future growth and in unlocking the potential of the organisation to become a real winner in its own right.